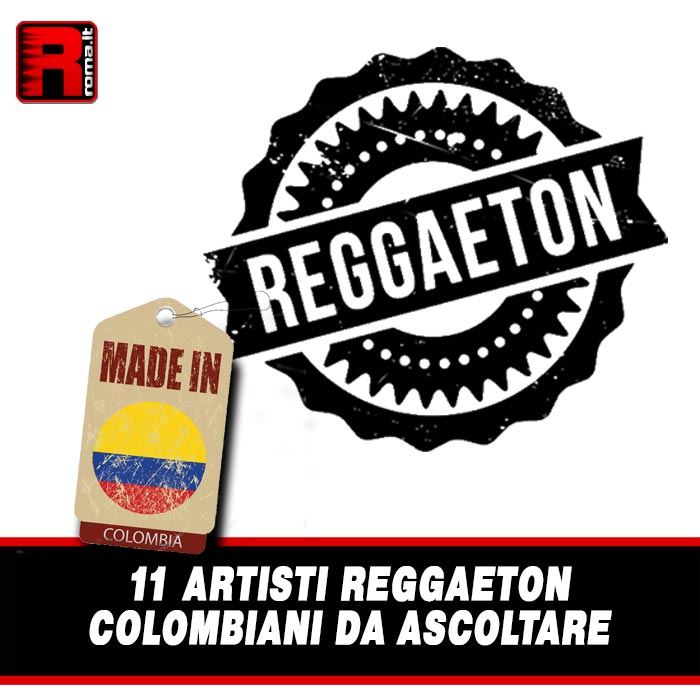 11 Colombian Reggaeton Artists To Listen To

Reggaeton appears to have taken the world by storm in 2017, particularly in the wake of the global mega-hit that was Despacito .

Colombia may not be the home of reggaeton, but there are still excellent reggaeton artists across the country, from established global superstars to the hungry.

So here are the 11 Colombian reggaeton artists you should listen to.

The Colombian reggaeton artist who really needs no introduction: the camera that is J. Balvin.

This Medellin reggaeton superstar has a number of massive hits to her name, including ad 6 AM, Ay Vamos and of course the global hit Mi Gente.

This latest song solidified J. Balvin's reputation as the hottest reggaeton artist right now: it was the number one song in the world in August according to Spotify Global Top 50, and the remix featuring Beyonce hit the Top 10.

Another Medellin reggaeton artist with a solid global reputation, Maluma is more of a reggaeton singer than a rapper, but that doesn't mean he wasn't responsible for some absolutely huge songs!

Credited with the evolution of the reggaeton genre thanks to his broader musical interests - including mambo and merengue - Maluma's music is naturally indebted to reggaeton, but there is so much more to him as an artist.

Kevin Roldán was born in Cali and has been performing since he was only 13 years old. With a string of hits to its name - including Salgamos , A Noche Mas is Me Matas - is especially loved by a number of football players.

He was invited to Cristiano Ronaldo's birthday party and was mentioned by James Rodriguez and Gerard Pique, among others.

Farina is one of the pioneers of the reggaeton genre in Colombia and, in a genre largely dominated by male artists, she was one of the first women to make reggaeton songs in the whole country.

She made popular songs in 2005 but remains active to this day, having been named Artist of Tomorrow at the 2016 Grammy Awards, as well as signing for Roc Nation Latin in 2017.

Feid is a young reggaeton singer and songwriter: he may have only started his singing career in 2015, but reggaeton fans will surely be familiar with some of his lyrics. Remember the great success of J. Balvin Ginza and it is immediately an iconic chorus: "Si te gusta el reggaeton ..." -

Feid was one of the song's composers and also wrote songs for Nicky Jam, Alberto Style, Magnate and Valentino y Reykon, along with his personal material.

His 2016 single A lady como tú it was the song that really drove him crazy in the mainstream and he currently has nearly half a billion views on YouTube!

Although Legarda was born in the Colombian city of Barranquilla, he moved to Atlanta 15 years ago, and the influence of the American city's hip-hop and R&B scene on his music and style is unmistakable. One of the most eclectic Colombian reggaeton around today, his remixed version of Ay vamos led to a deal with Sony Records, a return to Colombia and a few million views on the video for his single. Ya Estoy Mejor .

Unfortunately the cantate was killed by a stray bullet in Medellin February 2019, he could have done many things.

Born in the coffee town of Pereira, Jaycob Duque is another Colombian reggaeton artist who started at a very young age and has since made great strides in the Colombian music scene.

His first single In Fuego Lento in the foreground the popular Puerto Rican reggaetonist Arcangel:

almost the twist for a young artist who has just entered the scene.

At just 25, Karol G is the great female hope in a genre that is still dominated overwhelmingly by male artists and perspectives.

She may have started out as a contestant on a kids' talent show on TV, but don't write it. Since 2012 she has collaborated with reggaeton luminaries such as Reykon, De la Ghetto, Ozuna and Nicky Jam, and has over 60 million views on YouTube, easily making her the best known and respected new artists in Colombian reggaeton.

Andrés Felipe Rivera Galeano better known as Andy Rivera, is a Colombian reggaeton singer, son of the folk singer Jhonny Rivera. He became known nationally and internationally with the hit "You Painted Pajaritos" with Yandar y Yostin, surpassing 100 million views on YouTube. Arriving in countries such as Spain, Eduador, Venezuela, Colombia and Peru.

He then took a big leap in his career when he made two separate songs with famous Puerto Rican reggaeton artists Nicky Jam and Dalmata, The song "Los Perros se Enamoran" with Nicky Jam was popular and in some parts of Colombia but the most successful “Espina de Rosa” With Dalmata has been very successful obtaining over 100 million views on YouTube.

The song “Espina de Rosa” was so popular that it was number 1 in many Spanish-speaking countries.

Andrés Felipe Robledo Londoño (born December 12, 1986), better known as Reykon “El Líder”, is a Colombian reggaeton artist. He is considered one of the biggest supporters of the reggaeton music genre in Latin America. It comes from Envigado, Antioquia.

On May 4th 2018 he released his first studio album entitled El Lider. It has features from several urban artists including Daddy Yankee, Nicky Jam, and Luigi 21 Plus.