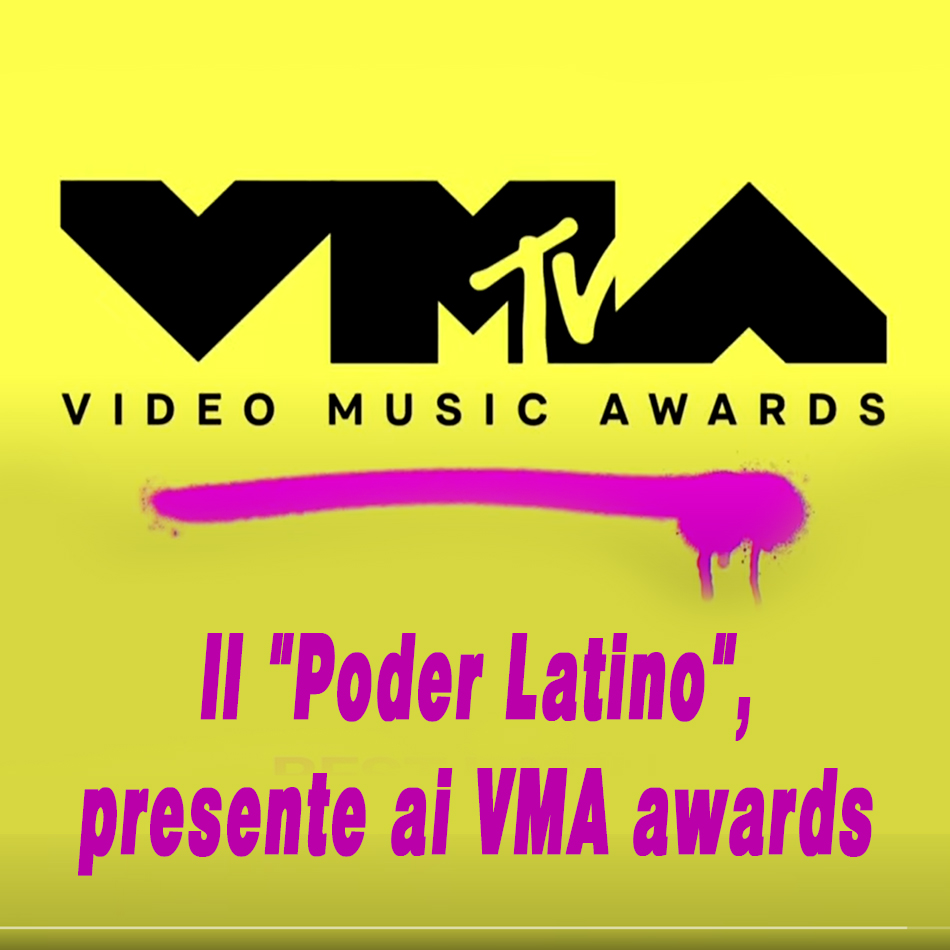 It was one of the first major events to take place in New York after the onset of the pandemic, and the excitement could be seen in the MTV Video Music Awards, which this Sunday brought together the "Poder Latino" ambassadors on the red carpet and on the stage.

To Puerto Rican Ozuna, who premiered his new one during the gala reggaeton song "La Funka", with a fun show surrounded by stuffed animals and dressed in a glittery jumpsuit, the pandemic gave him creativity, but also time to spend with his family and do things he hadn't had time for, I tell reporters.

"I dedicated time to my music and to myself", added the singer on the red carpet before what he considered a night "Extremely special", wearing her indelible smile and elegantly dressed for the occasion in an olive colored dress and sunglasses.

“We have seen these awards for several years and there wasn't that much Latin American poder. It is a great opportunity that VMA gives us to demonstrate everything we still have to offer ", he pointed out.

Similarly, Puerto Rican producer and writer Tainy, who took the stage with Shawn Mendes for his collaboration "Summer of Love" he has declared with emotion his desire of a return to normal: “I am very happy to return even if we are slowly succeeding”, he said.

“I grew up watching these awards and being nominated and taking the stage… it's a combination of emotions. I know I'm not alone in this, many of my colleagues are crazy to go out and sing everywhere and enjoy the songs with their fans ", assured the artist, who has not stopped working in recent months.

"During the quarantine everyone did things", he said about his musical colleagues such as Jhay Cortez or J Balvin, and quoting Anuel, Mike Towers or Rauw Alejandro. "I'm making my album, and I'm inviting everyone to participate, but I want to produce it", revealed.

Happy also the newcomer Iann Dior, whose collaboration "Mood" with 24kGoldn has risen to number one in the ranking "Hot 100" by Billboard: “Anything is possible, you can make all your dreams come true. This is the product that came out after a night with my friends making music and now we are here and we have been nominated ”.

"Coming from Puerto Rico we didn't have a lot of things and you know, being on a red carpet is a surreal feeling", added the young man rapper of Puerto Rican origin.

The Brazilian Anitta, in an elegant long dress that evoked the "glamor" of Hollywood's golden age, she was one of the most acclaimed and confessed that she will soon release a new album that she was preparing to release shortly before the pandemic and that now is "updating".

Anitta, who sang her new one song "Girl from Rio" at the VMAs, she said she was proud to represent her country and see other Latinos "Tear down the walls and join the American culture". "We are exchanging and combining cultures and experiences, it's fantastic", he added.

Leslie Grace, the Dominican star of the musical "In the Heights", announced that he will release a song called "Bachatita" at the end of this month: "I'm very excited about this song, no, I've been playing music for a long time and I know the fans have been waiting for me."

"I love that tonight there are so many Latin artists representing our community, and with excellence", added the artist in "Spanglish" and declaring himself a fan of Ozuna and Camila Cabello, who starred in two of the most spectacular "shows" at night.

Cabello, who tries every time not to be noticed by the media, which is impossible, he filled in the Latin sabor stage with "Don't Go Yet", a preview of his new album "Familia", in which she introduces her Cuban roots in depth, moving on stage to the rhythm of salsa accompanied by dancers who have performed a flamenco choreography, she was a true diva.

Despite not being present, one of the most acclaimed stars since, following his spectacular debut in 2019, the Spanish Rosalía was the one that won the prize in the Latin category for the videoclip of "The Vas in Olvidar" with Billie Eilish, she won the prize against the favorites like like Bad Bunny, Maluma and Shakira, also absent from the event.

Pam in Italian Radio from This Friday 8 May